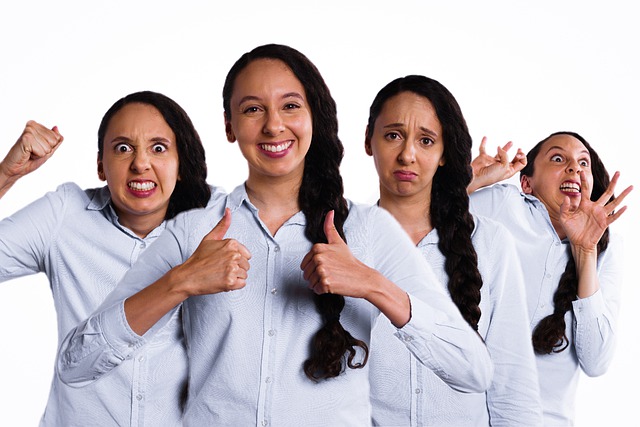 What are personality disorders?

Personality disorders are preoccupations with control and order, often accompanied by emotional instability. These conditions create conflicts in the internal and external environments that limit the individual’s ability to communicate effectively with the world around them.

In this disorder, individuals have a high sense of self and often exaggerate their achievements and abilities. People with this disorder often see themselves as superior to others only for their own benefit.

Symptoms of narcissistic personality disorder include:

People with this disorder tend to be angry, anxious, depressed, or afraid of being abandoned or hurting themselves. This is because people with BPD often confuse their feelings as love or hate for another person. In the beginning, they may appear to be in a relationship, but when they feel abandoned, they despise each other. These conflicting emotions can lead to impulsive behaviour such as reckless driving, spending, or risk-taking.

These are symptoms of borderline personality disorder:

People with this disorder depend on others to meet their needs. They often stick with their relationships even when it is harmful to them. People with DPD are often very anxious about not having anyone around to provide support when they need it. As a result, they look to other people to deal with all these things. This can cause problems in future social situations because everyone wants to be independent of each other.

These are symptoms of dependent personality disorder:

People with histrionic personality disorder tend to display attention-seeking emotional behaviours, such as being overly dramatic whenever something bad happens or feeling left out. They also tend to exaggerate their emotional reactions and appear “fake” in social situations when another person shows strong emotions (such as anger or sadness).

Symptoms of congenital personality disorders include:

People with OCPD tend to be very rigid and inflexible about how their lives run and what rules they have to follow. They probably check multiple times to make sure they don’t make mistakes. People with OCPD often feel very hurt and angry when people around them try to change these specific ways of doing things for comfort.

People with APD tend to feel anxious in social situations where they may interact with others, especially when it comes to new relationships. They are very anxious about any form of rejection, which often makes them want nothing rather than face the possibility of rejection.

Avoidant personality disorder is characterized by the following symptoms:

People with FPD often feel that the many different parts of themselves are disconnected, so they may not be able to live in harmony. They can experience many different emotions and feelings at the same time, making it difficult to understand the world around them or how to respond to a given situation.

Symptoms of split personality disorder include:

In this disorder, people cannot process their thoughts and feelings normally. Their inability to understand how others feel or why they feel the way they do often leads them to make irrational decisions. This is because they don’t think about what would happen if they took certain actions that could harm themselves or others around them.

All these disorders depend on how a person processes the information he receives from the world around him. They may have certain thoughts, beliefs, and feelings about certain issues because of what they have learned in their life experiences so far. This can cause problems for those trying to change themselves, as some find it difficult to “let go” or get over their thoughts and beliefs.

These are the symptoms of paranoid personality disorder:

People with schizotypal personality disorder are often seen as “odd” or moody. They have difficulty socializing, so it is difficult for them to adapt to the world around them, especially when they have to socialize in their field. This personality disorder is also accompanied by a form of schizophrenia, so trying to properly diagnose someone without all the necessary information can be confusing.

Symptoms of schizotypal personality disorder include:

People with schizoid personality disorder often do not enjoy being around other people. Even if they develop close friendships or romantic relationships over time, they may find that they don’t need any social interactions in their lives, causing those close to them to perceive them as ‘alienated’. People with this disorder tend to be alone most of the time and don’t want to interact unless they really like being alone.

Symptoms of schizotypal personality disorder include:

There are several ways to diagnose someone with a personality disorder, including:

A psychiatric specialist will start the process by conducting a comprehensive interview with the person concerned. Here they ask about your symptoms. They will also ask how they are feeling over time. They may also perform a few different tests with psychological tools. This can help determine if a person has a disease. personality test

If mental health professionals feel they need more information to determine if someone has a disorder, there are many different tests that can help them make a diagnosis.

One such test commonly administered to people with personality disorder includes the Minnesota Multiphasic Personality Inventory, or MMPI. The test consists of a series of questions that a person answers that can help determine if a person has certain symptoms associated with a personality disorder.

If you have one or more mental health problems, there are many treatment options available, including:

If you are dealing with any type of psychological problem, there are several ways to gradually recover from your symptoms through treatment. The main goal here is to discover the cause and treat some other aspects such as relationships, depression, anxiety, and feelings of inadequacy.

If you have symptoms related to a personality disorder, there are medications that may help reduce the severity of such problems so that they don’t interfere too much with your daily life. The type of medication you need depends on the type of disorder you have.

If you don’t think your condition is serious enough to require medication or treatment, the most important thing is to make some lifestyle changes. This may include

It may also be a good idea to exercise more every day. These can help improve mood and reduce stress levels, among other natural treatments for personality disorders.

Personality disorders are a serious problem that can cause a lot of suffering to the individuals involved. They don’t see things from their natural perspective and often live in little worlds in their own minds. This is something that needs professional attention because someone doesn’t know there is a problem until it gets out of control, or they get hurt.

Some people with personality disorders also have psychological disorders such as anxiety or depression. Treatment for such disorders often requires medication and therapy to help patients adjust to society and form healthy relationships.

If you think you may have any of these problems, talk to your doctor about what you can do. Find a remedy before it gets worse and harder to control.

Mental Health Myths And Facts You Should Know

25 Tips To Boost Your Mental Health