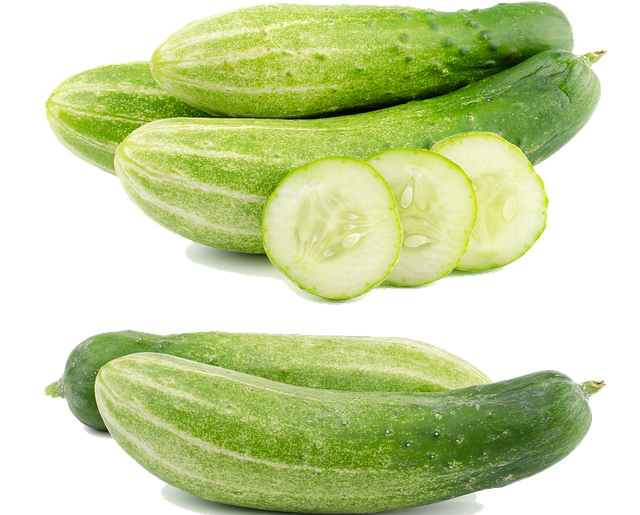 A cucumber is a fruit belonging to the gourd family. They are a popular and refreshing food that is often consumed raw, in salads, sandwiches, and as a garnish. Cucumbers are also used in various types of pickles and can be cooked in a variety of dishes.

Cucumbers are a good source of hydration, as they are made up of about 96% water. They are also low in calories and contain a variety of essential vitamins and minerals. Some of the key nutrients found in cucumbers include:

In addition to these nutrients, cucumbers also contain small amounts of other essential vitamins and minerals, such as vitamin A, vitamin E, and calcium. They are also rich in antioxidants, which help protect the body against from damage caused by free radicals.

There are several different types of cucumber that are grown and consumed around the world. Cucumbers come in a variety of flavors, textures, and uses, each with its own unique flavor, texture, and cooking application.

Some common types of cucumbers include:

Cucumbers are a healthy and refreshing food that can provide a number of health benefits when consumed as part of a balanced diet. Some of the health benefits of cucumbers include:

Cucumbers are generally considered to be safe to eat and are a healthy and refreshing food that can be enjoyed as part of a balanced diet. However, there are a few potential risks to be aware of when it comes to eating cucumbers:

Here are a few simple cucumber recipes that you can try at home:

These are just a few ideas, and there are many other ways to incorporate cucumbers into your cooking. You can add them to salads, sandwiches, dips, and many other dishes for a refreshing and hydrating boost.