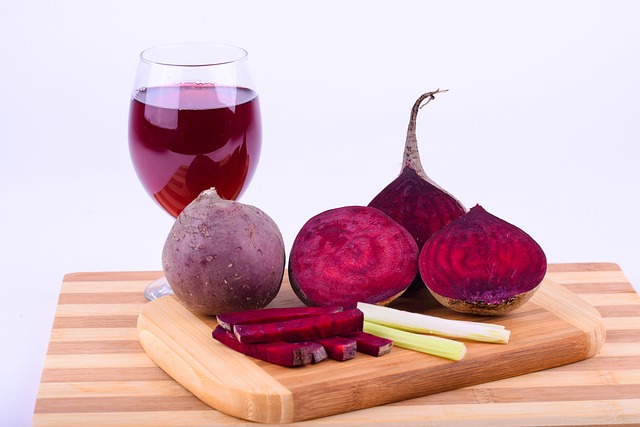 Beets (Beta vulgaris) are a root vegetable that is native to the Mediterranean region. They have a round or oblong shape and a deep red or purple colour, although there are also varieties that are yellow or white. Beets have a sweet, earthy flavour and are often used in a variety of dishes, including salads, soups, and roasted vegetables.

Many nutrients can be found in beets, including:

In addition to their nutritional content, beets have also been traditionally used for their potential medicinal properties. Some studies have suggested that beets may have antioxidant, anti-inflammatory, and detoxifying effects. This potential benefit needs to be confirmed through further research, however.

Beets can be consumed in a variety of ways. They can be roasted, boiled, or steamed and eaten as a side dish or added to salads and sandwiches. Beets can also be juiced or blended into smoothies for a nutrient-rich boost. It is important to note that beets can stain, so it is a good idea to wear gloves or use a vegetable peeler to remove the skin before cooking them.

Here are a few simple and delicious recipes that feature beets:

Side effects of Beets

Beets are generally considered to be safe to consume and are well tolerated by most people. However, some people may experience certain side effects after consuming beets or beet-based products. These can include:

It is important to note that while beets have many potential health benefits, more research is needed to fully understand their effects on human health.

As with any food, beets should be consumed in moderation as part of a balanced and varied diet. If you experience any adverse effects after consuming beets, it is a good idea to speak with a healthcare professional.