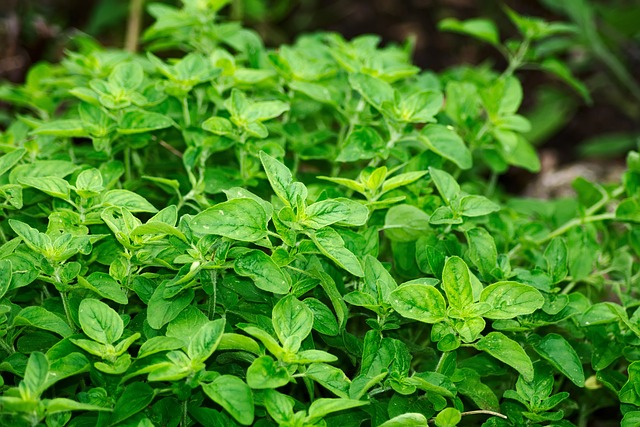 The herb oregano is native to the Mediterranean region. It has a strong, slightly bitter, and slightly sweet flavor and is often used in Italian and Greek cuisine. Oregano is a popular ingredient in tomato-based dishes, such as pizza and pasta sauce, and is also used to flavor meats, fish, and vegetables.

In addition to its use in cooking, oregano has a long history of use in traditional medicine. It is believed to have antibacterial, antiviral, and anti-inflammatory properties and is sometimes used to treat respiratory tract infections, gastrointestinal disorders, and skin conditions.

Oregano is available fresh or dried and can be used in a variety of dishes. It pairs well with other herbs such as basil, thyme, and rosemary. It is a key ingredient in many blends of dried herbs, such as Italian seasoning and Herbes de Provence.

The nutritional content of oregano varies depending on the form it is consumed in and the specific product you are using. Here are some general nutritional facts for oregano: it is

Keep in mind that these values may vary depending on the specific brand or product you are using. It is always a good idea to read the label and check the nutritional content of any food or supplement you are consuming

Oregano is a popular herb that is commonly used in cooking, but it also has a number of potential health benefits. Here are some ways in which oregano may be beneficial for your health:

Keep in mind that most of the research on the health benefits of oregano has been done in test tubes or on animals. More research is needed to determine whether these potential benefits hold true for humans.

How to use Oregano

There are many ways to use oregano in cooking and as a natural remedy. Here are a few ideas:

Oregano should be used with caution if you are pregnant, as it may have uterine stimulant effects. Additionally, oregano oil should not be taken internally without the guidance of a healthcare professional, as it can be toxic in large amounts.